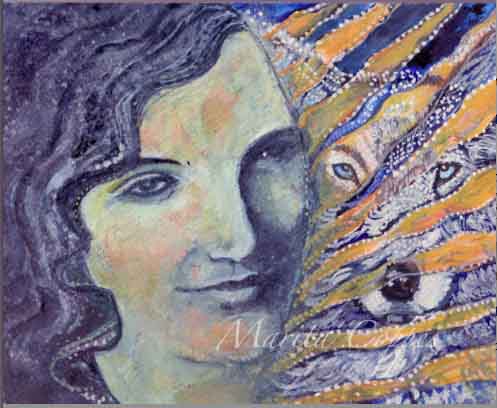 ‘When women reassert their relationship with the wildish nature, they urge vibrant life in the inner and outer world.’

Aboout Clarissa Pinkola Estés: Life and career
Similar to William Carlos Williams and other poets who worked in the health professions, Estés is a certified senior Jungian analyst who has practiced clinically for over 45 years. Her doctorate, from the Union Institute & University, is in ethno-clinical psychology on the study of social and psychological patterns in cultural and tribal groups. She often speaks as “distinguished visiting scholar” and “diversity scholar” at universities. She is the author of many books on the journey of the soul. Beginning in 1992 and onward, her work has been published in 37 languages, most recently Persian, Turkish, and Chinese. Her book Women Who Run With the Wolves: Myths and Stories of The Wild Woman Archetype was on the New York Times’ best seller list for 145 weeks, as well as other best seller lists, including USA Today, Publishers Weekly, and Library Journal.

As a post-trauma specialist, Estés began her work in the 1960s at the Edward Hines Jr. Veterans Hospital in Hines, Illinois. There she worked with WWI, WWII, Korean and Vietnam War soldiers who were living with quadraplegia, incapacitated by loss of arms and legs. She has worked at other facilities caring for severely injured “cast-away” children as well as “shell-shocked” (now called Post-Traumatic Stress Disorder) war veterans and their families. Her teaching of writing, storytelling and traditional medicine practices continued in prisons, beginning in the early 1970s at the Men’s Penitentiary in Colorado; the Federal Women’s Prison at Dublin, California, the Montview Facility for Youth in Colorado, and other “locked institutions” throughout the western United States.

Estés also ministers in the fields of childbearing loss, surviving families of murder victims, as well as critical incident work. She served at natural disaster sites, developing a now widely translated “Post-trauma Recovery Protocol”, first translated for 1988 earthquake survivors in Armenia. The protocol was designed for citizens to do post-trauma work recovery work in their own communities after the first responders have left. She served Columbine High School and its local community for three years after the 1999 massacre there. She continues to work with 9-11 survivor families on both east and west coasts.

As a practitioner and trainer in cross-cultural traditional medicine and practices, Estés served with Maya Angelou and Coretta Scott King as a board member of the Maya Angelou Minority Health Foundation (now called the Maya Angelou Center for Health Equity as of 2014) at Wake Forest University Medical School. One of the foundation projects was to teach patients with challenging illnesses to document their days, storytelling about their lives with a camera. The techniques were taught by Estés as a storyteller and traditional medicine practitioner along with noted photographer Michael Cunningham, the author of the book Crowns, Portraits of Black Women in Church Hats. The Minority Health Foundation project was called Voca-voice, and culminated in a photographic exhibition in Winston-Salem, North Carolina, and dissemination to other helping professionals of the methodologies needed to carry out their own Voca-voice projects in their communities.

Estés served as appointee by Colorado governors Romer and Owens to the Colorado State Grievance Board of the Department of Regulatory Agencies (D.O.R.A.) from 1993 to 2006. She was elected as chair and for thirteen years worked with the state of Colorado Attorney General’s lawyers, as well as a board of legal experts and helping professionals, to focus on public safety regarding mental health practitioners. She was a speaker at the national D.O.R.A. convention on the topic of training board members in parity, assessment, and regard for all, in regulatory oversight. She has been an advisory board member for the National Writers Union, New York; and an advisory board member of the National Coalition Against Censorship, New York. She is an advisor to El Museo de las Americas, Denver, Colorado, and a contributing editor and storyteller-in-residence for The Bloomsbury Review, a four decades’ old literary culture and book review publication.

Estés, “a former ‘hard-scrabble’ welfare mother” in the early 1970s, is the recipient of numerous awards for her life’s work, including the first Joseph Campbell Keeper of the Lore Award for her work as La cantadora and for her books and many spoken word series; the Gradiva Award from the National Association for the Advancement of Psychoanalysis; and Catholic Press Association award for her writing. She is a 1992 Book of the Year Honor Award, American Booksellers Association; 1993; Colorado Authors League Award, 1993. She received the Las Primeras Award, “The First of Her Kind”, from the Mexican American Women’s Foundation, Washington D.C. She is a 2006 inductee into the Colorado Women’s Hall of Fame which recognizes women “change agents” who are of international influence, including Madeline Albright and Golda Meir. Estés is the recipient of the President’s Medal for Social Justice, from the Union Institute, 1994; and the 1996 awardee of the Fay Lecture Series at Texas A&M University for her work La Curandera: Healing in Two Worlds.

Estés debuted in spoken word performance at Carnegie Hall, New York, March 22, 2000, along with Maya Angelou and Tony Morrison. Together the author-poets wrote lyrical song-poems for a libretto called woman.life.song.. The concept was created by Jessye Norman and invited by the late Judith Aron, the Executive Director of Carnegie Hall, to present a premiere about the archetypal and down to earth passages of women from youth to old age. The music was composed by Judith Weir, the work was sung by the opera soprano Jessye Norman with the Orchestra of St. Luke’s conducted by David Robertson. The work was commissioned by Henry R. Kravis in honor of Marie-Joseé Kravis. The libretto is published by Chester Music Ltd for soloists and large ensemble.

Social justice
Estés is managing editor for TheModeratevoice.com, a news and political website where she also writes on issues of culture, soul, and politics. She is also a columnist on issues of social justice, spirituality and culture in her column archived as “El Rio Debajo del Rio” (“The River Underneath the River”) archived on the National Catholic Reporter website. She has written for the Huffington Post, the Washington Post, Publishers’ Weekly and The Denver Post.

Estés is controversial for proposing that both assimilation and holding to ethnic traditions are the ways to contribute to a creative culture and to a soul-based civility. She successfully helped to petition the Library of Congress, as well as worldwide psychoanalytic institutes, to rename their studies and categorizations formerly called, among other things, “psychology of the primitives”, to respectful and descriptive names, according to ethnic group, religion, culture, etc.

Estés’ Guadalupe Foundation has funded literacy projects, including in Queens, New York City, in Madagascar – providing printed local folktales, healthcare and hygiene information for people in their own language. These texts are then used for learning to read and write. Estés testifies before state and federal legislatures on welfare reform, education and school violence, child protection, mental health, environment, licensing of professionals, immigration, traditional medicine in public health, open records, and other quality of life and soul issues. She was invited by Senators of The Ways and Means Committee to testify at the Federal Legislature on welfare reform, speaking about “The Three M’s: Management, Money, and Mercy.” 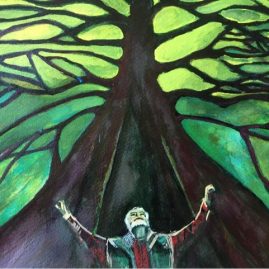 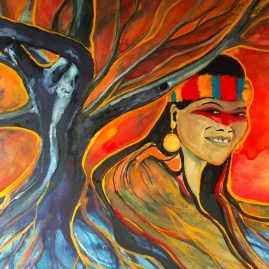 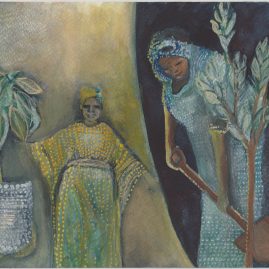 Guardians of the future, Inspiring Icons 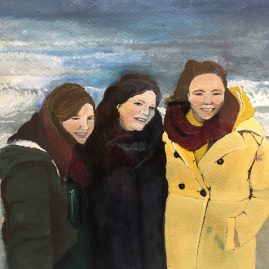 Life is the dancer